There are many technological modalities of interaction with digital surfaces controlled remotely by speech and gesture. These functionalities allow users to interact without holding or touching a physical device. However, this distance, perhaps caused by audiovisual display devices, somehow makes the virtual world lack “physical” veracity, namely due to the lack of tactile stimulation in virtual objects. Nevertheless, despite the significant progress in the development of tactile feedback technologies, most of the patented brands on the market provide contact controllers. That is, tactile feedback devices in the form of joysticks, gloves, belts, waistcoats, suits, etc., which, for the most part, are physical extensions of a computer or wearable computers. Thus, although these devices can offer a rich stimulation in haptic sensations, they condition the sensory experience to only one user and one part of the body, an aspect that weakens the immersive component and the purposes of this PhD project. Therefore, and taking into consideration the desire of free movement of the visitors in the installation space, we understand to be primordial to produce an art installation that, not depending entirely on wearable computers, promotes a collective experience with the artistic object. On the other hand, and in a more pragmatic way, it would be counterproductive to restrict that experience to the number of available devices or, even, that the possible experience be framed only in a simple technical effect. In that sense, using this constraint as a creative elixir and a source of motivation, several haptic feedback technologies that could fit the stipulated premises were identified. Therefore, it was considered essential to focus on non-contact haptic technologies. Following this census, we verified the potential of some of these devices in loco at the European conference Eurohaptics 2018. On the other hand, some technologies related to sound installation were also census. In this way, we intend the sound device to exercise two main functions: to generate acoustic pressures and to establish, through sonic ambiences, and reorder the visitor’s perceptive sphere in the apprehension of reality. The intention is, therefore, to create a uniform dispersion of low frequencies and some sound notes in high frequencies for spatial orientation. There was also the will to objectively analyse the somatosensory behaviour of the various visitors through biometric reading. Although there is not a wide variety of professional devices that can be easily instrumented, it was possible to identify some companies that provide services compatible with the outlined objectives. However, after the change of the room and given the impediment of producing events that could raise the number of visitors for the validation of a scientific study, and in agreement with the project supervisor, this study ceased to have effect. Even so, we will now describe the various technologies identified. 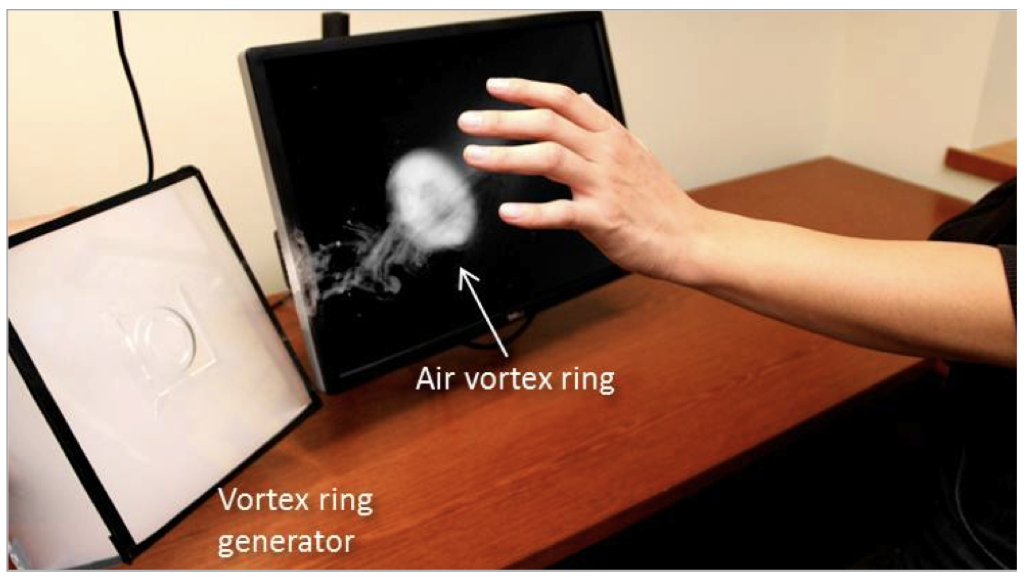 The AirWave prototype emits a vortex of smoke to prove non-contact haptic stimulation.

(a) As the air spot is pushed out of the aperture, the boundary layer starts to curl outwards as it exits, (b) causing the vortex to detach and (c) the AirWave prototype to be filled with mist to create a visual vortex ring just after exit. 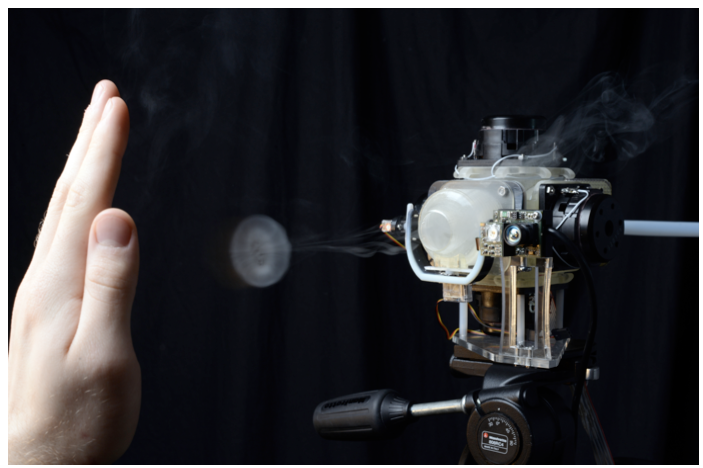 The AIREAL device emits a ring of air called a vortex, which transmits physical forces that a user can feel outdoors. 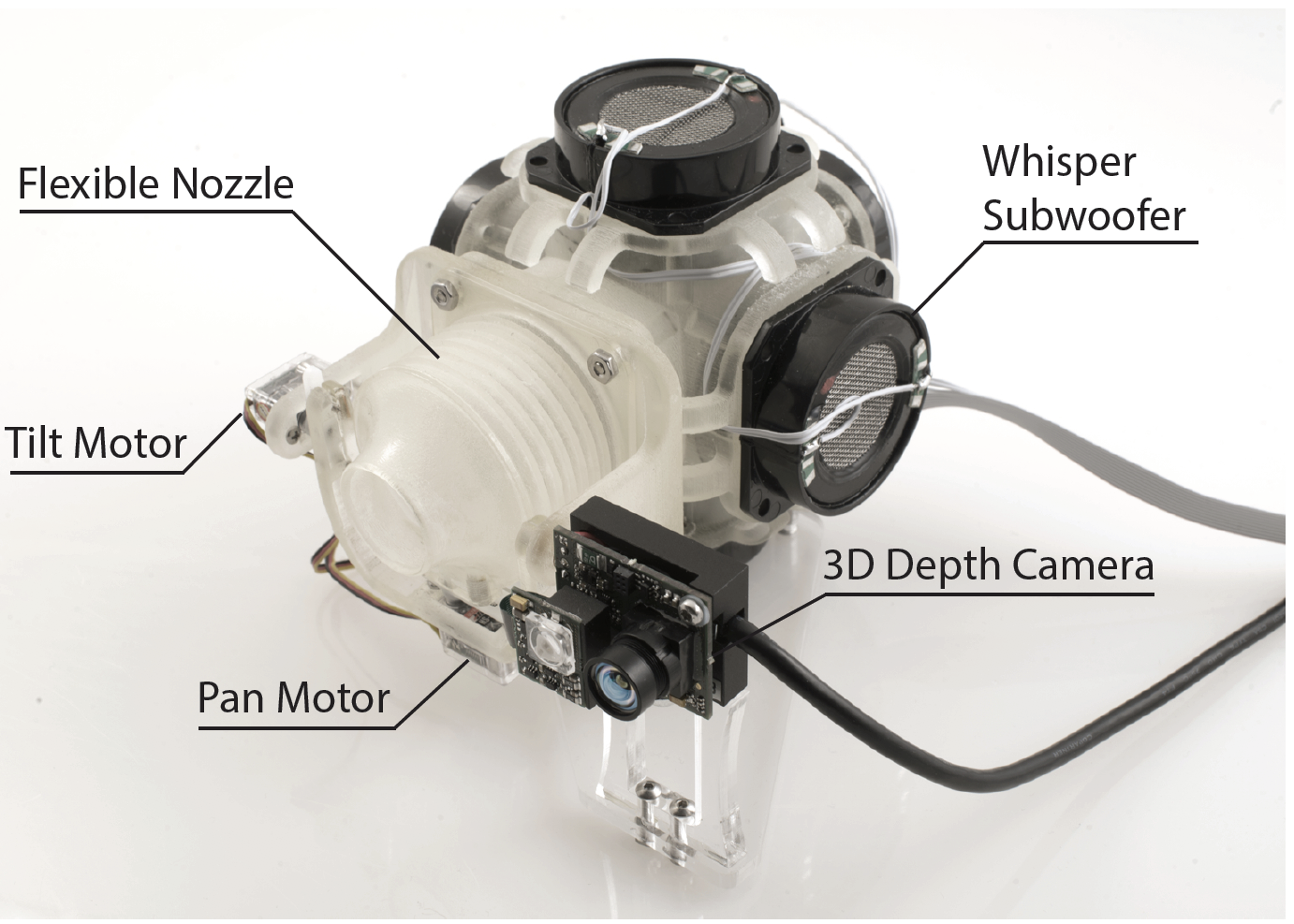 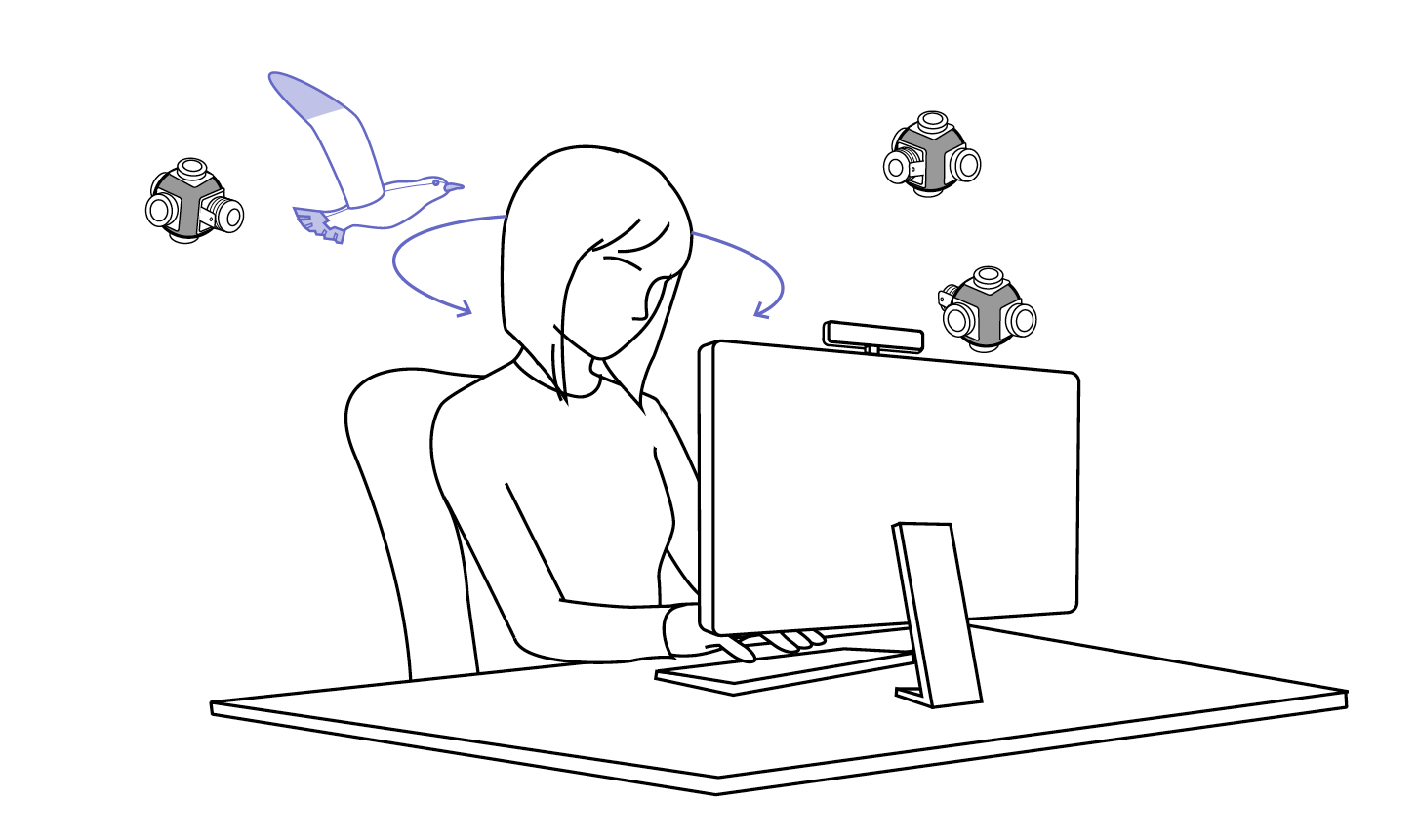 Continuous tactile sensations in the open air surround the user. 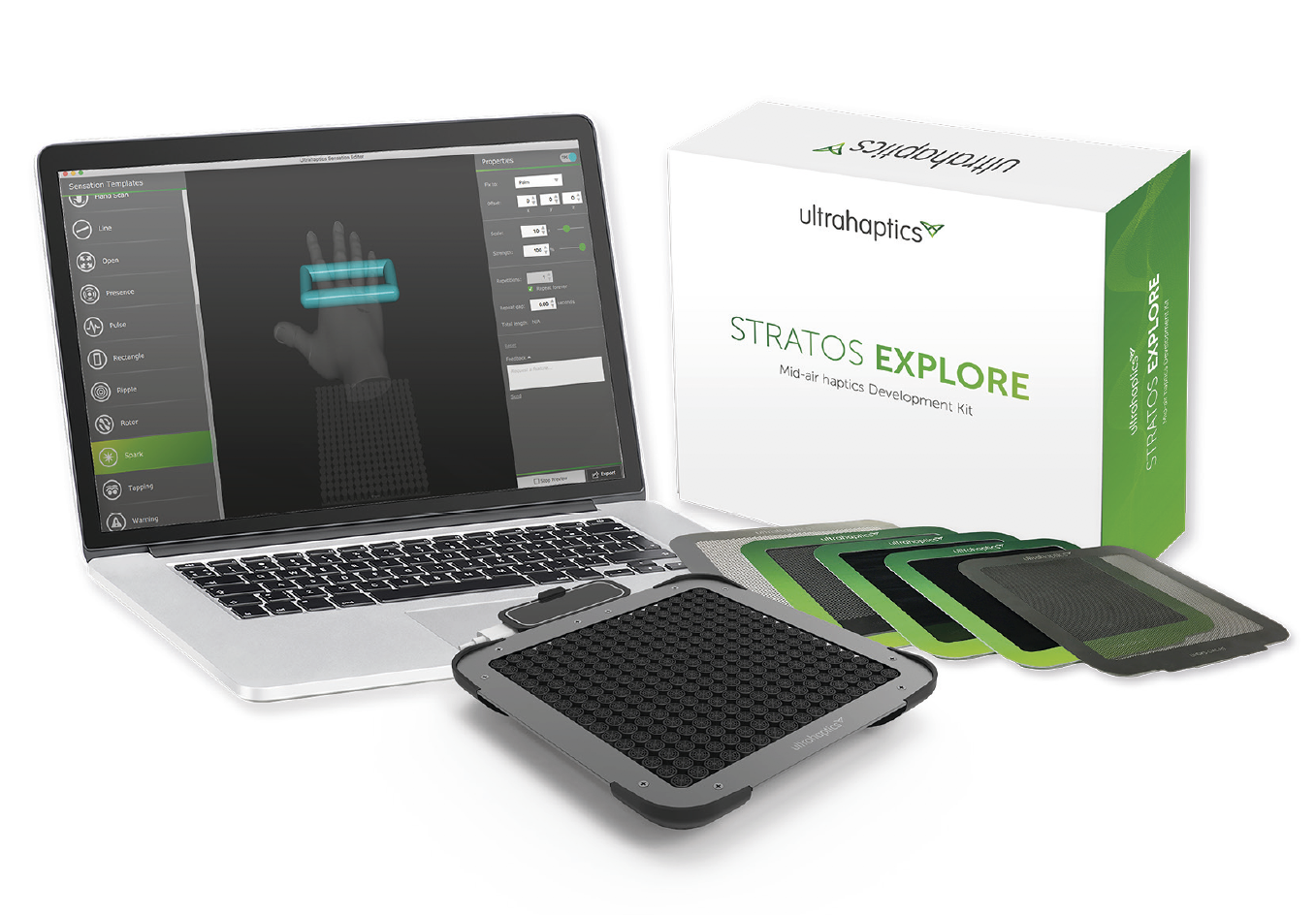 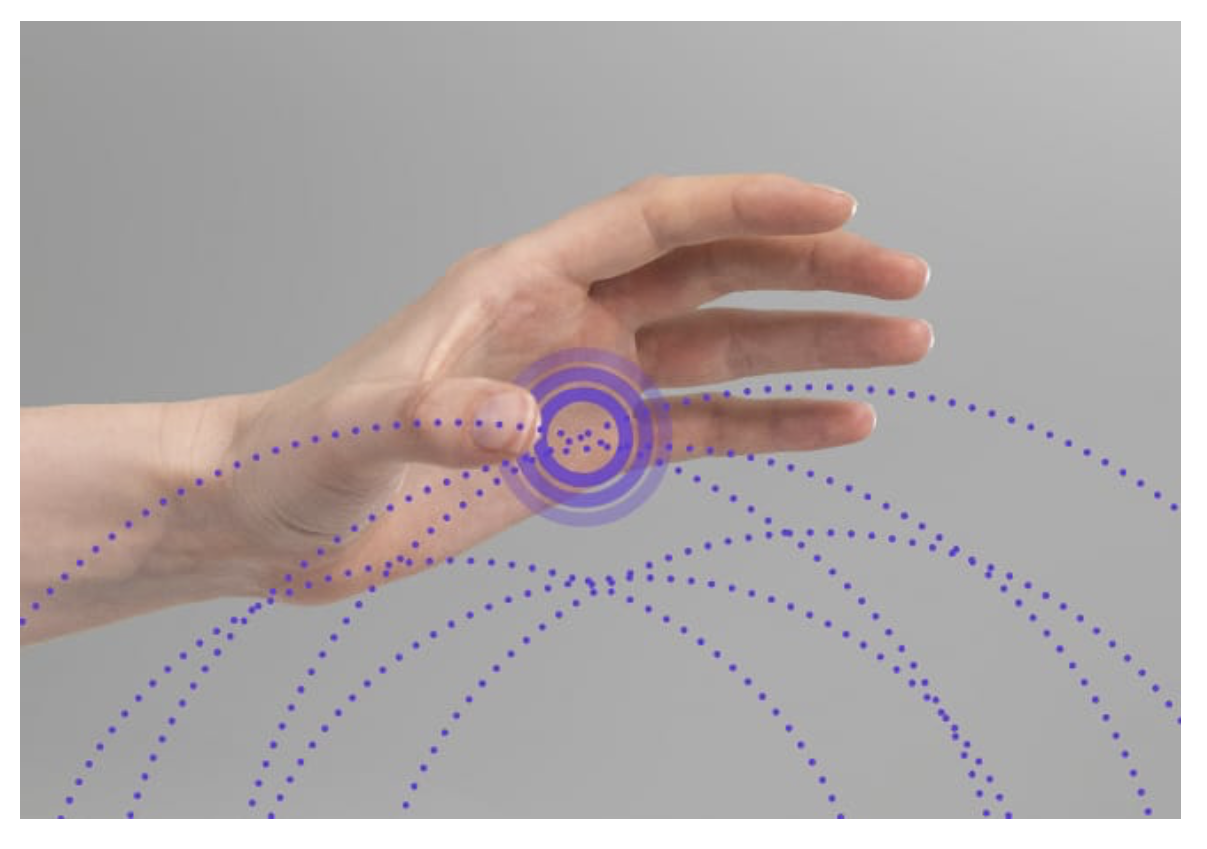 Visual simulation of the focal point of ultrasound wave emission. 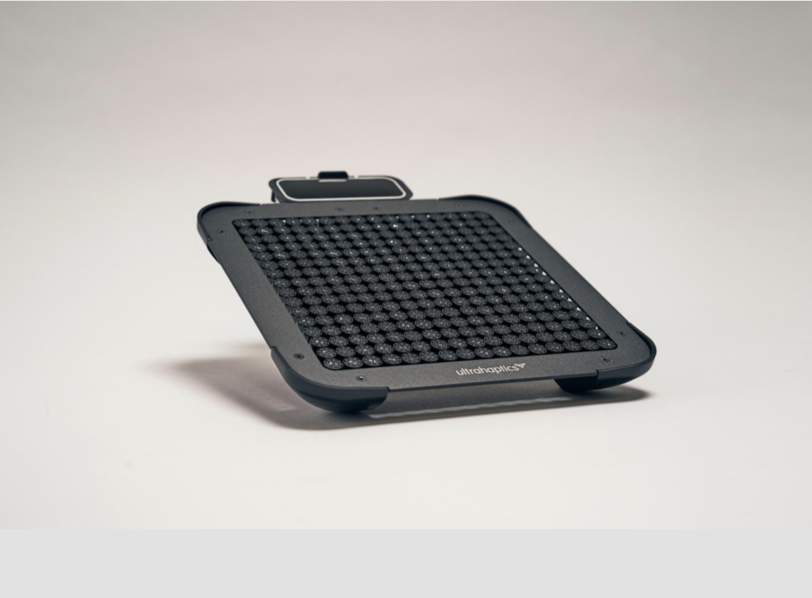 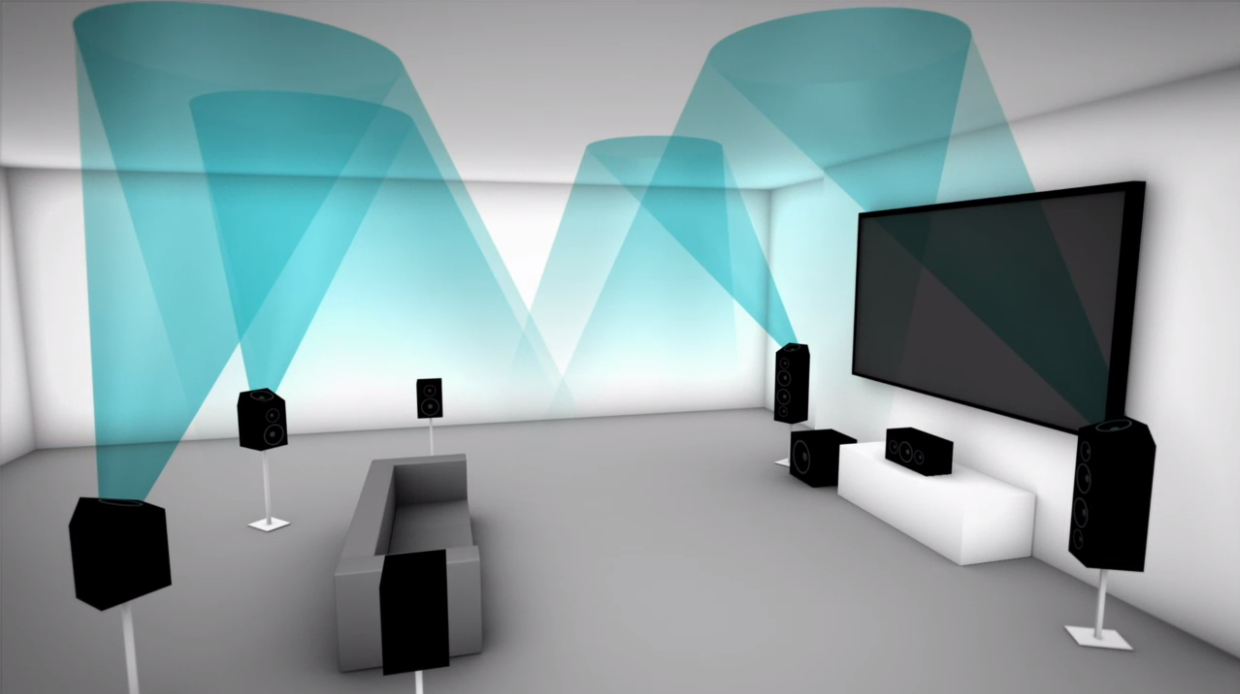 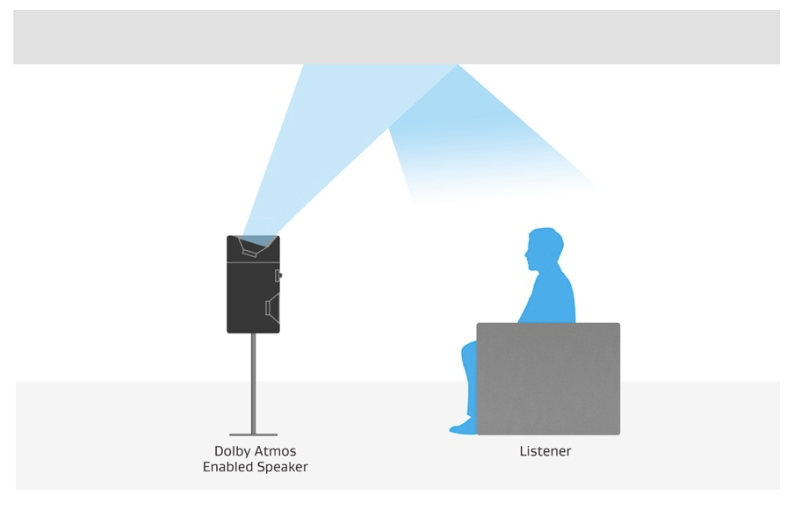 Dolby Atmos speakers allow you to reflect sound off the ceiling to produce an incredibly realistic overhead sound experience. 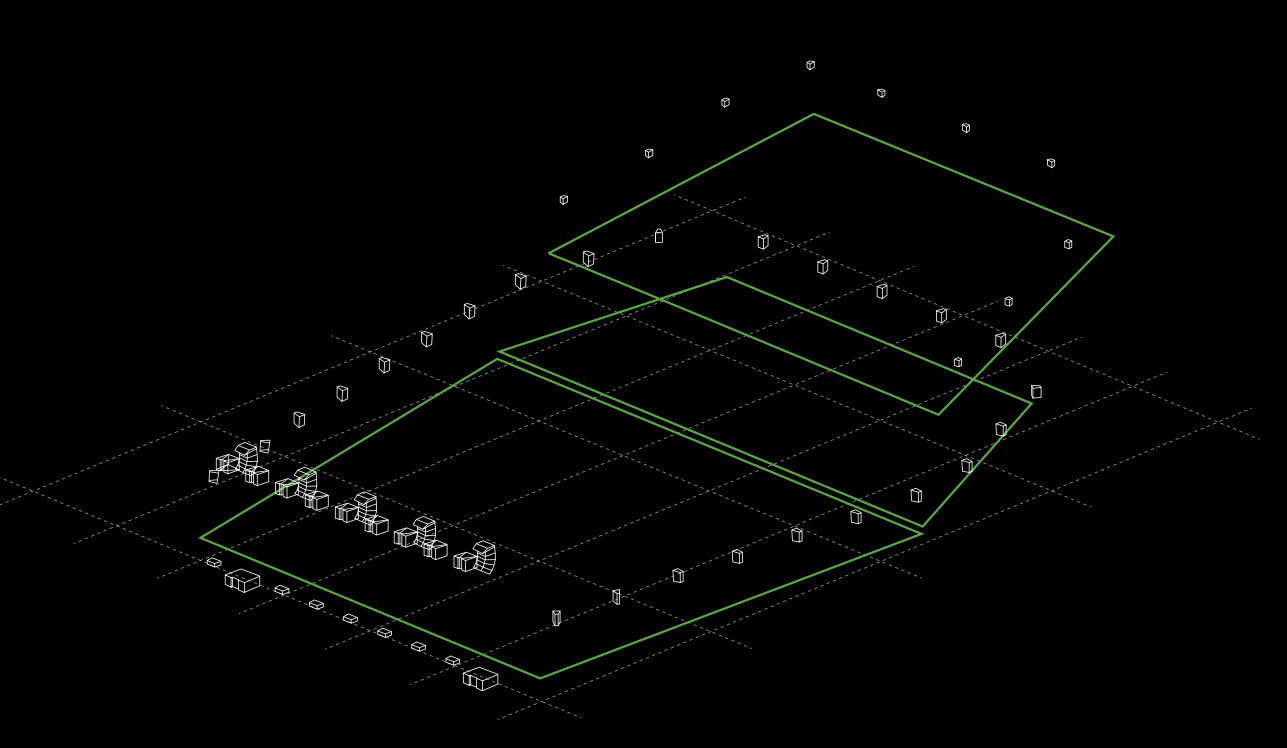 The graphic shows a system that can place objects throughout the audience. The side and rear loudspeakers provide positioning of larger objects as well as accurate reverb emulation. 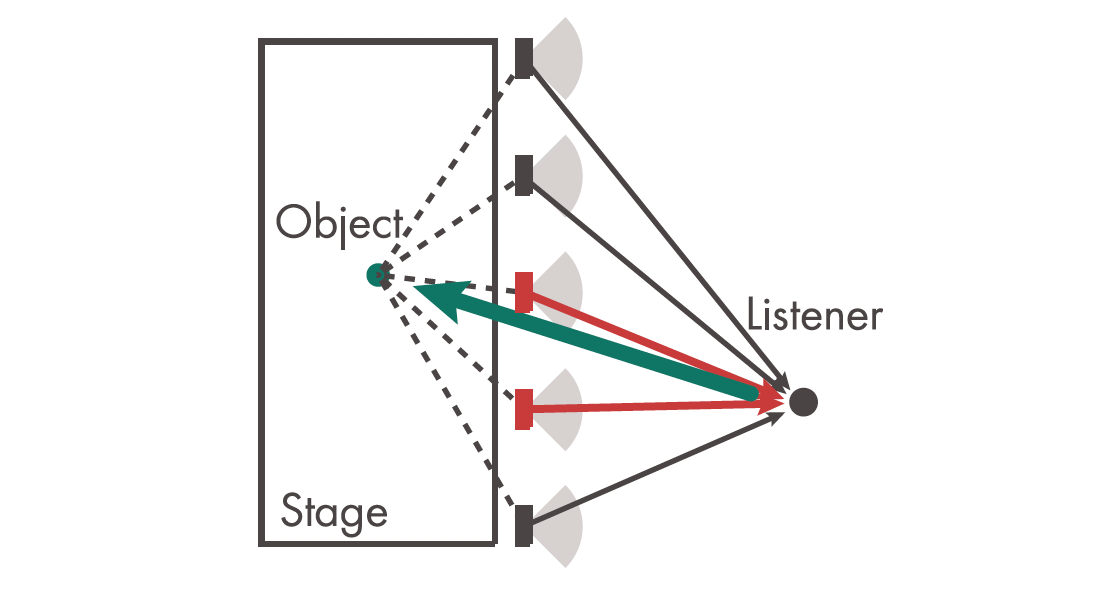 The loudspeakers (red) provide the relevant direction information to the listener, scaling the sound intensity relative to the target point. 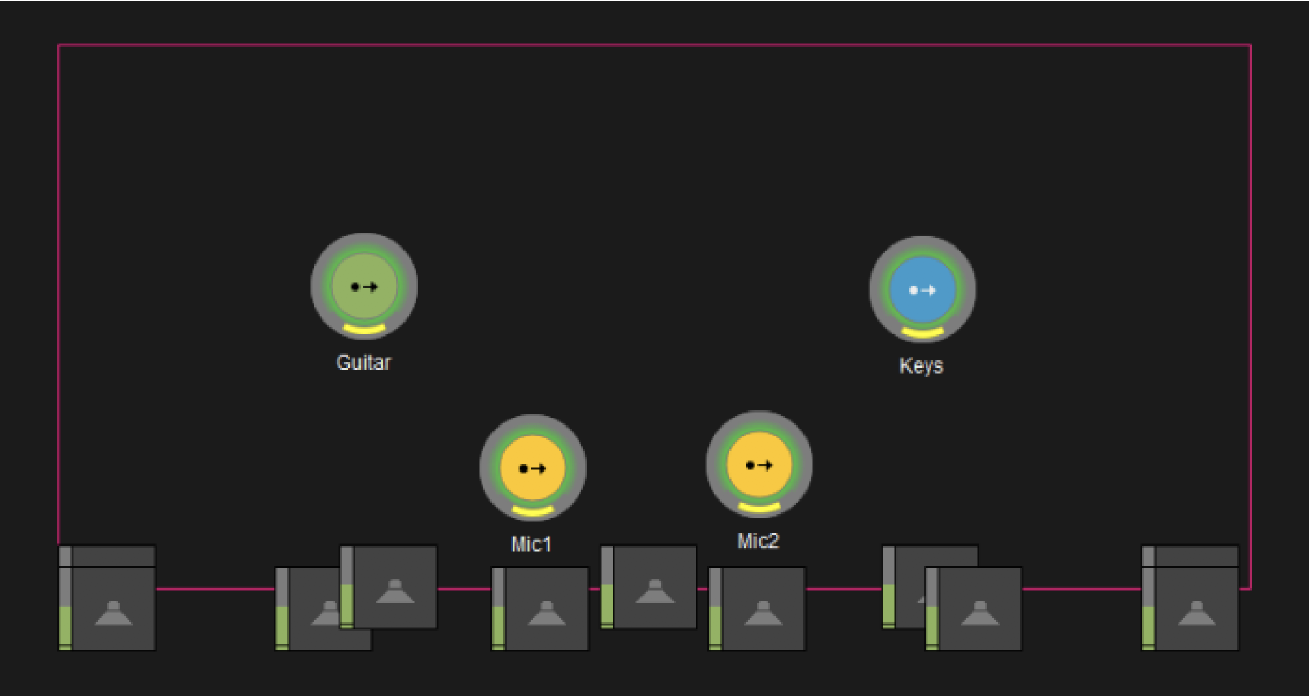 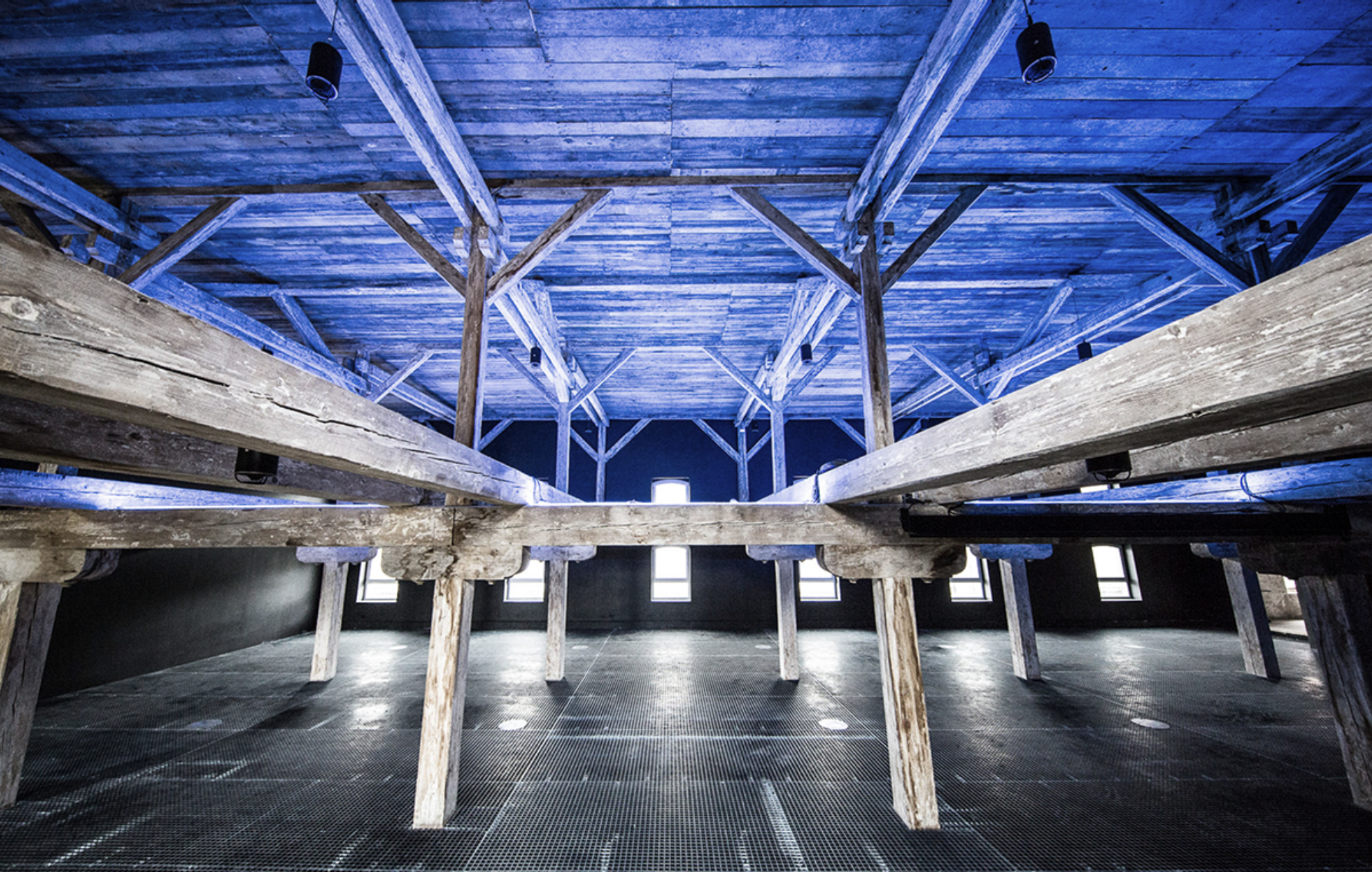 Main room of the Sound 4D Institute in Budapest. 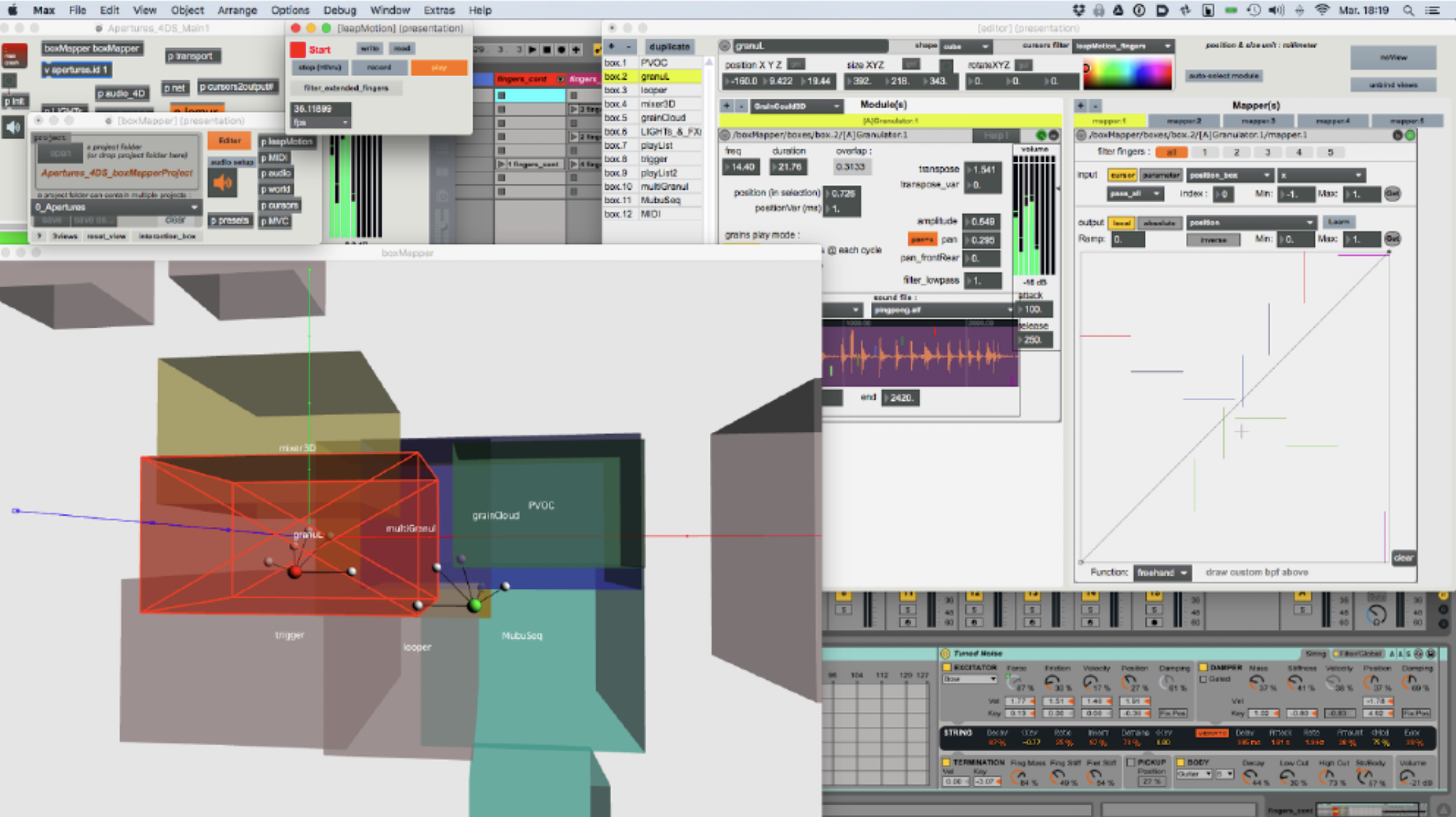 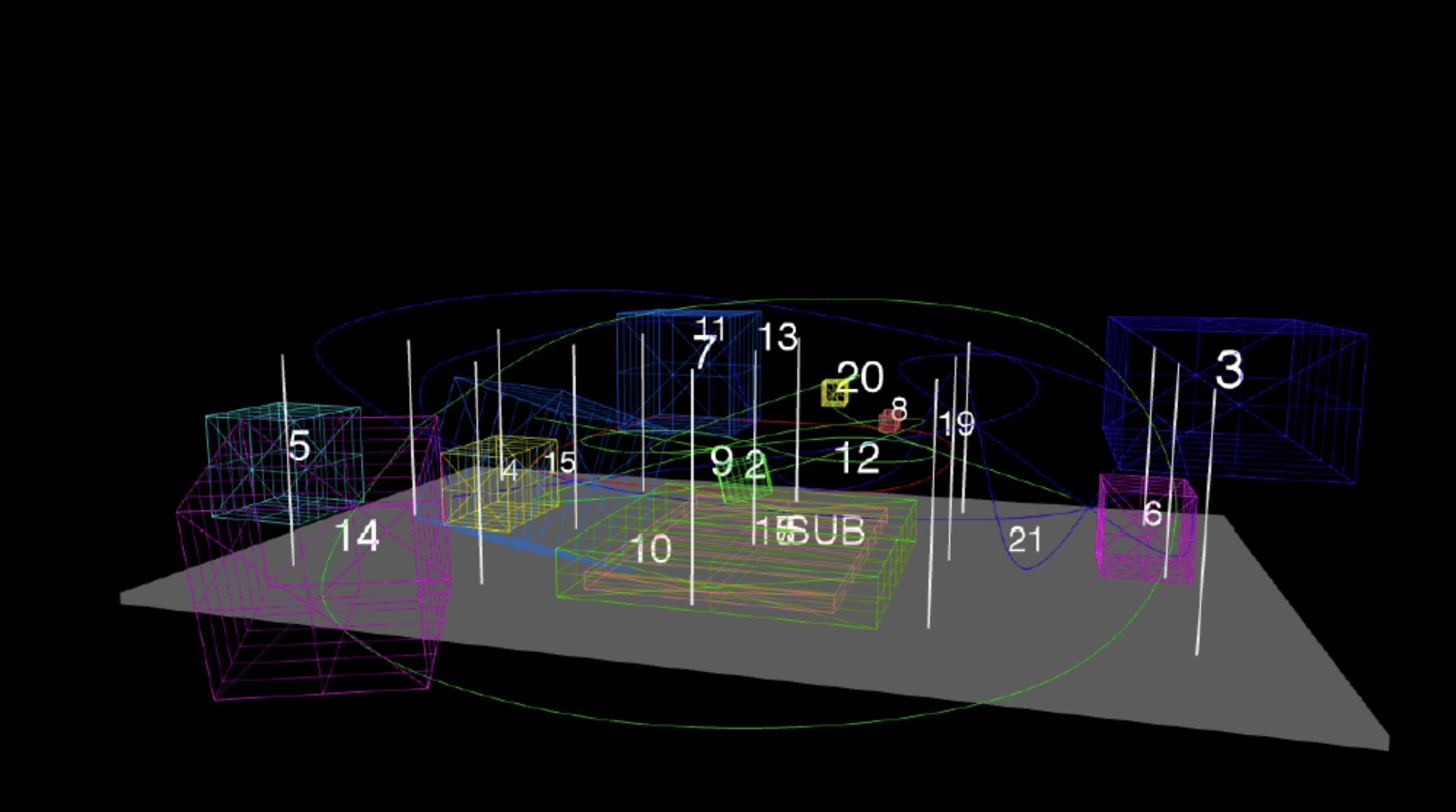 Assembly and instrumentation of the device.

Instant connection to other devices via Bluetooth and Cloud. 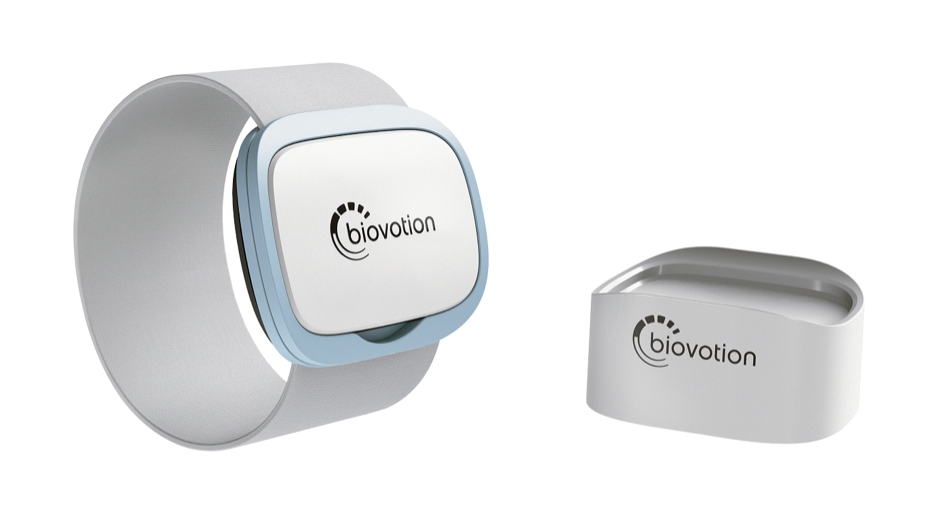 Everion device. There are no buttons, no cables, no tape and no need for calibration. It is comfortable to wear on the arm, where it collects data in real time, continuously and non-invasively, 24/7. 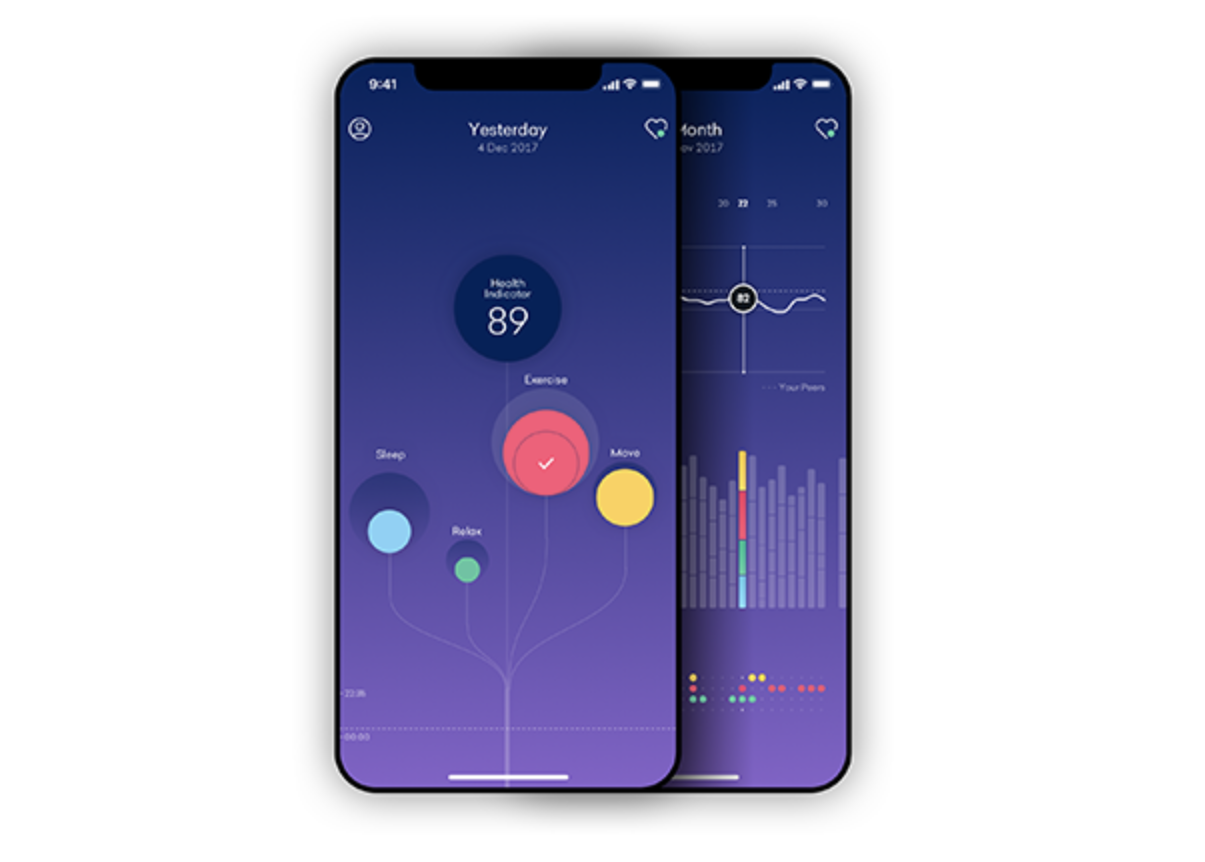 Provides data and insights, as it is only possible in a clinical environment. A truly unique application capable of informing, motivating and guiding towards better health.